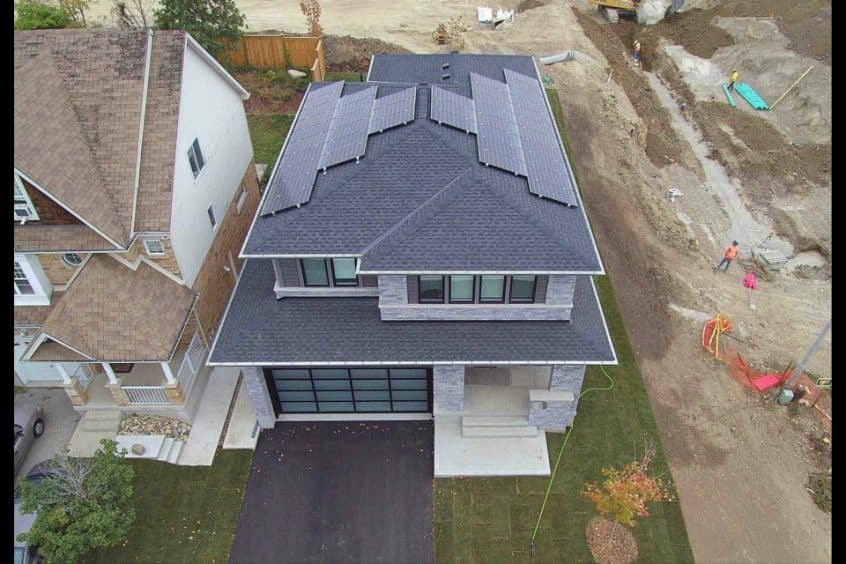 What you should know about net-zero homes

While climate change failed to emerge as the defining issue of the October federal election, there was enough awareness on the subject amongst voters to help the Green Party triple their seat count in the House of Commons. Clearly, Canadians are becoming increasingly concerned about human impact on their local environment and the planet at large. It’s one of the reasons why more and more homeowners are looking at net-zero homes when exploring the real estate market.

What exactly does the term “net-zero home” imply? In essence, a net-zero home is one built with net-zero energy consumption in mind, meaning the total amount of energy used by the building every year is equal to or less than the amount of renewable energy created on the site. In addition to the ability to generate energy, the home itself must meet higher standards of efficiency when it comes to the construction of the roof, walls, windows and foundation.

“To get there, it means the building is built a lot better than typical home construction,” said David Brix, President of Terra View Homes, a leading name in net-zero ready communities in Guelph. “You start by building an incredibly efficient envelope through really air-tight construction. You super insulate the walls. You include really good triple-pane glass windows. And then you include high-end efficient mechanical systems and LED lighting to reduce your electrical load.”

In addition to the reduced energy consumption associated with such construction methods, buying a net-zero home offers other benefits as well.

“Along with your energy bill being offset by the presence of solar panels, the air-tight construction means there are less chances of mould growth, drafts, insect infestations and your home is ultimately more comfortable,” said Brix. “There is a lot going for a net-zero home besides just feeling good about reducing your carbon footprint.”

The expansion of net-zero ready housing construction is not simply a trendy fad designed to cater to homebuyers worried about climate change. In fact, in response to the need to take energy efficiency to the next level, the National Research Council’s Construction Research Centre is working to ensure Canada meets its commitment to cut its greenhouse gas emissions by 30 per cent (below 2005 levels) by 2030 through its Net-Zero Energy Ready (NZER) project. That means not just Ontario but all provinces and territories will be encouraged to adopt NZER codes for new construction and improve on the energy efficiency of existing housing and buildings by 2030.

While there are obvious costs involved in building new net-zero housing and retrofitting older homes to bring them up to such progressive efficiency targets, Brix said the cost is easily offset by the money being saved to heat and cool buildings – especially if rumours of Ontario hydro rate increases are true.

“There is serious talk of hydro rates going up by 50 or even 100 per cent over the next few years,” said Brix. “Right now, it makes sense to put the solar panels on your house, as it actually pays for itself. Yes, you may have to spend $28,000 putting solar on your house. However, you can go to the bank and borrow that money for less than the hydro bill it just replaced. You pay the bank $100 a month rather than $300 a month for your hydro bill.”